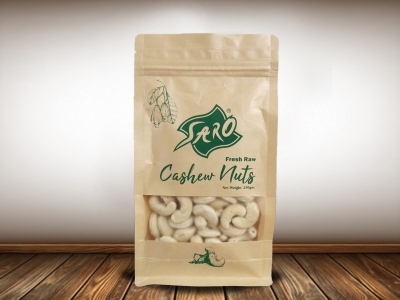 The cashew tree is a tropical evergreen tree that produces the cashew seed and the cashew apple/ the tree can grow as high as 14 m (46 ft), but the dwarf cashew, growing up to 6 m (20 ft), has proven more profitable, with earlier maturity and greater yields. The cashew seed is often considered a nut in the culinary sense; this cashew nut is eaten on its own, used in recipes, or processed into cashew cheese or cashew butter. Like the tree, the nut is often simply called a cashew.
Cashews are commonly used in Indian cuisine, whole for garnishing sweets or curries, or ground into a paste that forms a base of sauces for curries or some sweets. It is also used in powdered form in the preparation of several Indian sweets and desserts. In Goan cuisine, both roasted and raw kernels are used whole for making curries and sweets. Cashews are also used in Thai and Chinese cuisines, generally in whole form.